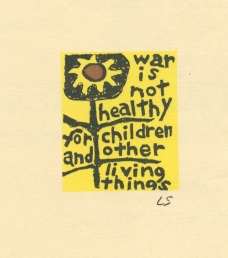 During the 1970s environmentalist groups gained significant traction in the United States. They placed pressure on federal government agencies to protect and regulate nuclear power and weapons. For the AEC, this lead to its ultimate demise in 1975 due to a growing environmental consciousness in the United States and a public aversion to anything nuclear as it carried the connotation of war. All of the functions of the AEC were transferred to what would later became the Department of Energy (DOE).

Prior to the 1980s, no comprehensive legislation dictating how or where to properly dispose of nuclear waste existed. Passing in 1982, this Act issued procedures for the disposal of nuclear waste and authorized the Department of Energy (DOE) to consider Monitored Retrievable Storage (MRS) as an option for the management of radioactive waste. The MRS was designed as a go between the nuclear reactors and a more permanent repository.

Oak Ridge was considered as a viable option for the temporary storage facility. This proposal by the DOE, however, was met with great opposition from environmental activists groups, Oak Ridgers, and Congressman Bart Gordon. The decision of where to locate the repository and whether or not MRS constituted a fiscally responsible and environmentally safe option, created a strenuous nationwide debate for years to come.

Staunchly opposing the MRS facility, Congressman Gordon argued that construction of such a facility was too costly for taxpayers. Most importantly, Gordon feared that the so-called “temporary” repository would only delay the creation of a permanent site for nuclear waste, making Oak Ridge the eventual permanent solution.

“If an MRS is approved, DOE will again want to put it in Tennessee. Given DOE’s track record in managing nuclear waste, that is a truly frightening thought.” —Bart Gordon

Activist groups such as the Natural Rights Center, a non-profit, public interest law project stationed in Summertown, Tennessee, aided the effort by funneling their support behind the Tennessee v. Herrington case of 1986. This case was filed by the state of Tennessee against John Herrington, Secretary of DOE, on the basis that DOE did not consult Tennessee officials in the process of proposing Oak Ridge as the key site of the MRS facility. Acting as friends of the court alongside other environmentalist groups, the Natural Rights Center advocated the dangers inherent in MRS managements and in DOE making hasty decisions concerning long term public health issues. 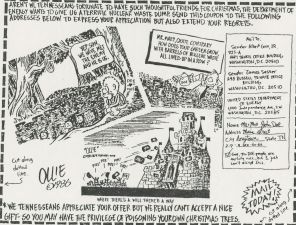 These tactics fueled an amendment to the 1982 Nuclear Waste Policy which was enacted in late 1987. This amendment had three main components. The first called for a study into the possibility of using Yucca Mountain, Nevada as the site for the permanent storage location of nuclear waste. It also ruled that construction of MRS facilities could not be permitted without congressional approval or until the the permanent facility was well underway. Lastly, the amendment authorized that the DOE should seek alternative methods and technologies besides MRS for proper nuclear storage.

By 1991, however, little progress had been made in the construction or study of a permanent repository for nuclear waste in Nevada. Efforts by the DOE to create an MRS facility in Oak Ridge, and other southeastern locations, rekindled throughout the 1990s as DOE pursued the possibility of sidestepping the 1987 amendment. Combating these endeavors, Congressman Gordon consistently opposed any MRS facility in Oak Ridge or elsewhere, declaring the process an expensive temporary fix to a larger global problem. Because of the strong opposition from local state governments the MRS plan was postponed indefinitely. 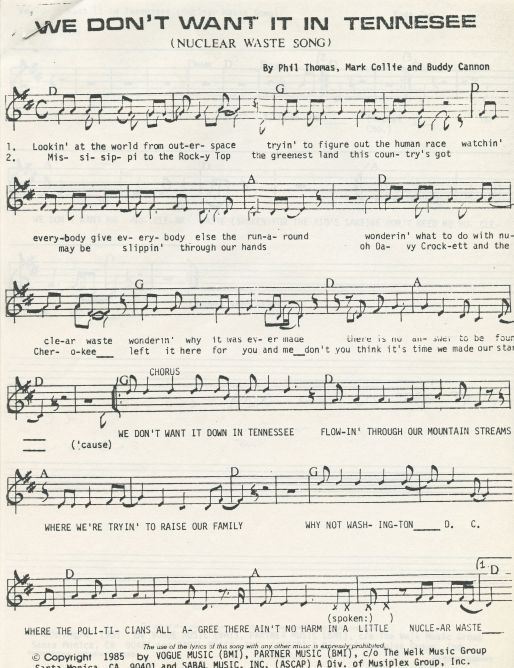